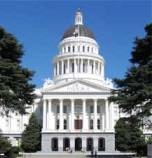 CSEA and our Education Coalition partners, which include parents, teachers, administrators, school boards, school business officials and county superintendents, are encouraging local school boards to begin their budgeting process immediately to inform the local community and their legislative representatives of the detrimental impact the Governor’s proposed cuts will have on local education programs.

In the past we have treated the Governor’s budget proposal as an opening for negotiations and encouraged school districts not to overact to this proposal, while we lobbied locally and in Sacramento to put pressure on the Governor and the legislature to increase funding for education. However, the state budget is in such an unprecedented crisis, and the stakes so high for education, that a new approach must be taken if we are to protect our schools, students and jobs.

We believe that the only way to prevent or mitigate the potential reductions is to publicize the cuts, solicit public input and engage legislative representatives with the real and tangible impacts of the Governor’s proposals.

Please copy the following budget alert and present it to your local school board and school administrator and encourage them to begin their local budget planning meetings as soon as possible. All Education Coalition organizations will be sending a similar alert to their members asking them to take the same action.

Legislative representatives need to here the outcry from their constituents.  This way we can hold the Governor and the legislature accountable and responsible for their vote on the state budget.

As you probably know, the California School Employees Association is a member of the Education Coalition, which has worked to present a united voice on behalf of adequate funding for K-12 education, so that California’s children can receive the world-class education they need to prepare for the future.  In the current budget crisis, we are continuing to make it our top priority to advocate for new, permanent state revenue increases and to oppose the cuts to education proposed by the Governor.

Governor Schwarzenegger’s proposed budget would require schools to make additional major mid-year cuts and then additional major cuts in the budget year.  The only way to stop or reduce these cuts is for you to begin publicly analyzing these cuts and to widely publicize their impact.  We also urge you to work collaboratively with district management, collective bargaining representatives, and other education leaders in your community to develop and present a plan to address this extraordinary financial crisis.  This will accomplish two important objectives:

1.       The current budget debate at the state level lacks this reality. Only by engaging in public discussion of the proposed cuts will these budget issues become tangible to local communities and legislators.  It is important that people understand that “cuts” are not just numbers—they will mean the end of real programs and services to students and lay-offs of real people.  We strongly believe this local public debate will ultimately reduce the magnitude of state budget cuts to education.
2.       Early public discussion will allow all members of the education community to have an understanding of these difficult, but important, local budget decisions.

Traditionally school districts have waited until the Legislature and the Governor have acted to publicly evaluate specific budget reductions, usually sometime in May or June.  This year, however, both the Governor and the State Legislature have come out in support of at least $2 billion in current year cuts to K-12 education.  This means if we don’t act now, this $2 billion will only be the beginning of even deeper and devastating cuts to education as the budget negotiations move forward.

For this reason we believe it is essential to act now and begin public discussions immediately on the impact of the following:

1.       Elimination in the current year of the .68% cost-of-living adjustment that was approved last fall as part of the 2008-09 state budget and the additional reduction of $1.6 billion in revenue limit funding.
2.       To accommodate these cuts, the Governor has proposed “complete and permanent flexibility” with regard to the use of state categorical education funding.  If the budget provides this flexibility, how will your district respond?
Budget Year

1.       No cost-of-living adjustment for the second year in a row and an additional net reduction of $900 million in revenue limit funding.

2.       The Governor’s proposal is to make “permanent” the ability to use categorical education funds for other purposes.  With this flexibility available, where would your district plan cuts in order to operate under the Governor’s proposed budget?

We strongly urge you to begin this budget deliberation process as soon as possible.  Further, we strongly encourage you to hold these deliberations at the public school board level and to invite parents, the press, your local legislators and community members so that they become aware of the devastating consequences of the proposed budget cuts.