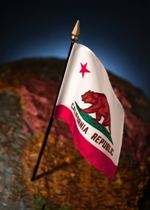 Just after dawn the legislature passed the budget after being on lock down since Tuesday night.  The budget package was one vote short and Senator Abel Maldonado provided the final Republican vote needed to pass the agreement.  In return for his vote, Senator Maldonado wanted the budget package to include 3 constitutional amendments and elimination of the gas tax increase. The first amendment would allow an open primary system; the second would deny legislators pay if the budget in not approved on time and the final amendment would prohibit legislators from receiving a salary increase when the state is facing a deficit.  In the end, the Senator got the open primary and prohibition on salary increases as well as the elimination of the gas tax increase.

To account for the loss of the gas tax revenue the plan would increase the income tax surcharge by .25%, rely on additional federal funds and provide the Governor $600 million in additional cuts.While Senator Maldonado provided the final vote to move the budget, his opportunistic move came at the expense of lost of jobs, delays in infrastructure projects and countless hardships for working families.CSEA and the Education Coalition, as well as key labor organizations and social services advocates actively opposed many aspects of the budget agreement. The agreement contains draconian cuts to education funding and other social services programs. Over 9,000 classified employees have already lost their jobs due to the $3 billion cut in September.  The additional cuts contained in this budget will cause more layoffs; will cripple the economy and put more families at risk.The budget agreement also trades away temporary tax revenues for a permanent spending cap and includes billions of dollars of permanent corporate tax giveaways.  The spending cap will kick in during the biggest deficit in California’s history and giving corporations billions in tax credits while asking working families to pay more in taxes is inexcusable and immoral.Based on a news release from the Assembly Speakers office the budget deal includes:

If the state receives at least $10 billion in federal stimulus funds that benefit the General Fund budget ($2.2 billion more than the conservative estimate used in this budget) this would trigger modifications in the budget deal including reducing the amount of cuts by $950 million and replacing the amount of revenue by $1.8 billion.  This would not reduce cuts to education funding. Constitutional Provisions and Ballot Propositions ( Except for the Open Primary initiative which will appear on the June 2010 primary, the following initiatives will be on the May 19, 2009 Special Election Ballot)Spending Cap: Places a Constitutional amendment on the ballot to limit the amount of revenue that can be appropriated for General Fund purposes based on the previous 10 years of revenue growth.  Any revenue the state receives that exceeds this amount must be deposited in the budget stabilization fund, except for funds that go to fund the Proposition 98 maintenance factor. This would replace the spending cap amendment that was part of the September budget package.Proposition 98 Maintenance Factor Clarification: Places a Constitutional amendment on the ballot that requires the state to increase school funding in future years to fully fund $9.3 billion in maintenance factor payments.

Proposition 63 Transfer: Subject to voter’s approval, would allow the transfer of funds from Proposition 63 – the Mental Health Services Act – to pay for Early and Periodic Screening, Diagnosis, and Treatment programs for 2 years.

Proposition 10 Transfer: Subject to voter’s approval, would allow the transfer of funds from Proposition 10 – the California Children and Families Act – to pay for state children’s health programs for 5 years.

Open Primary Agreement (on the June 2010 primary): Places an open primary proposal affecting congressional and state races in 2012 and beyond.  Under the plan, the top two candidates would face off in a general election.  Candidates would not participate in partisan primaries but they would be able to retain their party labels on the ballot.

Annual revenue loss of up to $1.5 billon related to the multi-state corporation single sales tax credit beginning in 2011.

Revenue loss of $500 million over the next 5 years for the Hollywood tax credit.

Revenue loss of $400 million over the next 2 years for a private sector new employee hiring credit.

$1.1 billion reduction counting the current appropriation toward the “settle up”.

Allows school districts to use funding from categorical programs, totaling $5.9 billion, for any educational purpose.

After accounting for deferrals and funding swaps, the budget package provides about $700 million less in Proposition 98 funding in the budget year (2009-10) than provided for 2008-09.

What’s Next? We expect the Governor to sign the budget agreement within the next few days. CSEA, the Education Coalition and the Fair Budget Coalition are working on several strategies to hold the Governor and legislature accountable for this terrible budget. This report is based on the limited information released on the budget agreement.  As we learn more about important details in this budget, we will provide you with additional reports on any new and significant findings.