The Orange Field Office Political Task Force created four teams to lobby the Orange County delegation of ten legislators in Sacramento on March 2, 2009. Those teams were as follows: 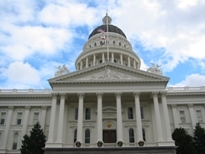 The teams all addressed CSEA’s disappointment and lack of support for the State budget; specifically noting that all Orange County legislators with the exception of Democrat Lou Correa and Republican Van Tran voted to cut education funding in SBX3 4. CSEA also lobbied affirmatively for AB 406 [Yamada] and SB 810 [Leno].

AD 68 Van Tran [R] met with Danny Martinez while Tran was speaking on the telly in opposition to HR 5. Martinez was receptive as usual; he welcomed our compliment to Tran for no on the Education budget cuts saying he is always opposed to education cuts. Disputed CSEA’s stated END_OF_DOCUMENT_TOKEN_TO_BE_REPLACED

They want to try and take away our PERS and Contract out our jobs AGAIN! Help Us Stop Them! CSEA Victory Club. Why We Need You…Now More Than Ever
Dear Classified Employee: The “Victory Club” is the political funding arm of CSEA (California School Employees Association) which is your Union at Placentia Yorba Linda Unified. It is from these contributions that CSEA is able to support legislators who pass laws that protect our jobs. CSEA’s Victory Club spent a fortune a 4 years ago fighting the Governor’s initiatives that would have hurt us terribly … outsourcing our jobs, reducing our pensions and cutting education funding. We all know that if funding for education is reduced, the first people to be laid-off are classified employees. We will only support politicians and school board members who support us! By uniting with other public employees, we were enormously successful in fighting these initiatives 4 years ago. However, these attacks on working families in California have resurfaced, so in this election year, we must elect political leaders, Republican or Democrat, who will enact laws that protect us. Advertisements, TV commercials and brochures etc., are very expensive. Whether we are a registered Republican or Democrat makes no difference to the fact that we all want our jobs protected and our retirement secured. We share this common interest. Please join with over 260 of your fellow classified employees in Placentia Yorba Linda and 30,000 classified employees statewide by contributing one or two dollars a month by pay-roll deduction so that CSEA can continue to work for you. If you would like to join please contact Barbara Green.