The Assembly’s California Jobs Budget reflects the tireless advocacy of CSEA and our Education Coalition partners by providing $3.9 billion above the Governor’s proposal for education funding. The Assembly proposal rejects the Governor’s call to break the July 2009 budget agreement memorialized in AB 4X3 and rejects the manipulation of Proposition 98. The Assembly budget proposal recognizes that Proposition 98 is a critical commitment between the voters and our schools and should not be violated.

Special thanks should be given to Assembly Speaker John Perez for developing a budget proposal that upholds the commitment to students and ensures that education is fully funded.

In stark contrast to the Governor’s budget proposal, the Assembly’s California Jobs Budget matches the priorities of the people of California as measured by recent polls and reflects the contributions of thousands of Californian’s who have testified and participated in subcommittee hearings, budget hearings and budget forums held throughout the state.

This Wednesday May 19th CAUSE will be holding 36 Rallies across California…all to be held from 4:30 – 6:30 P.M.
As your Chapter President and the Regional PAC I am inviting each one of you to attend.
CAUSE is a coalition of concerned citizens, a group which consists of all people concerned with the State of California and the educational system.
The Orange County Rally will be Held on the Fred Kelly Stadium at El Modena High School In Orange California.
This is the first In many such events that we believe will bring the plight of our students and our schools into sharp focus.
I urge you all to attend and to bring with you your families, Friends and co-workers
We need your participation to send a strong message to the politicians who are ruining our Childrens future .
United we can change the course of this tide.

See below for map. Parking in Lot off Spring street
Fred Kelly Stadium
<a href="http:// 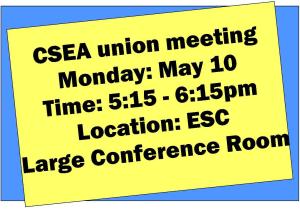 A guest speaker from American Fidelity will be there to answer your insurance questions.