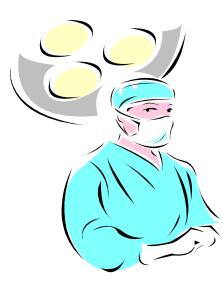 Need To See A Doctor ?

– Some illnesses may require written prescription to be filled by pharmacy –

Sunrise Medical Group’s Physicians are experienced and credentialed in treating all types of ailments from colds and flu to serious diseases. Whether or not you already have a family doctor, you will find our walk-in availability convenient and affordable. Female and Bilingual Doctors are also available.

This program is a benefit for employees of clients of Sunrise Medical Group.

“It is generally acknowledged that almost every improvement in the condition of working people was accomplished by the efforts of organized workers through concerted action.”

— Preamble to the Constitution of the California School Employees Association

Our CSEA founder, Bill Schwartz could have turned his back when he found out his 70 year old co-worker Mary Coughlin was still mopping gymnasium floors because she couldn’t afford to retire.  Instead he chose to take action.  He and others took time out of their lives to travel the state and build our union and advocate for school workers.
– a union advocate

Please let me share more of what was shared with me.

Some quoted material:
“Former co-workers in Wisconsin sent me some of their pictures from their activities in Madison…”
“…voicing their displeasure with the Governor’s attempts to eliminate many collective bargaining rights for public sector employees.”
“Note the white stuff on the ground – they are rallying in the snow! – Brady”

click here for more images from the local media:

“The labor movement was the principal force that transformed misery and despair into hope and progress.  Out of its bold struggles, economic and social reform gave birth to unemployment insurance, old-age pensions, government relief for the destitute and, above all, new wage levels that meant not mere survival but a tolerable life.  The captains of industry did not lead this transformation; they resisted it until they were overcome.  When in the thirties the wave of union organization crested over the nation, it carried to secure shores not only itself but the whole society.”

If retirement is down the road, then start planning now. There will be a FREE Saturday seminar in March. Information booklets will be provided by CalPERS, Social Security and the CSEA Retiree Unit.

Click here for the flyer that has all the information.

The following is an update of the status of our efforts to obtain an ERI.

On January 19, 2011 representatives, including one from PARS (Public Agency Retirement Services) met for the 5th time to discuss the effectiveness of a classified employee Early Retirement Incentive.

Up until this time, the district had been using independent PARS analysis and CSEA had been using its own independent source.  Tuesday’s meeting included a partial review of the union’s analysis showing cost effectiveness of ERI in limited circumstances.  The participating parties are approaching the evaluation of potential success of an ERI by constructing a new, joint model, and much of the discussion focused on what elements should be included in that model.

It was agreed by the parties that CalPERS allows districts to spread the cost of an ERI out over 5 years, but in doing so, CalPERS would charge applicable interest to payments received over 5 years, as opposed to payment for an ERI in a lump sum when the incentive is offered.  Importantly, any interest charged should be a factor considered as a cost to implementing an ERI.

Analysis has focused on the difference in cost to the District if (1) a group of eligible employees took an ERI and were replaced with new hire versus (2) the cost the District will pay (salary, benefits, etc) for the eligible employees if an incentive were not offered and the employees chose to remain with the District. Parties agreed that to evaluate these costs, longevity increases that would be experienced by senior employees in the coming years should be a factor considered when evaluating the cost of (2) eligible employees remaining with the District.  Also, parties agreed that elements in our contract, including different length in time in progression between steps, the limitations in health plan selection for new hires, and the limitations to retiree health plan selection, should be factored into the model.  It was mentioned by the PARS representative that the savings from natural attrition (the gradual reduction in the number of employees by natural means such as retirement, resignation or death) should be considered when evaluating savings from an ERI.

Finally, the parties agreed to meet again in a minimum of two weeks from 1/19/11 – that date has not yet been determined.

Click for printouts of the bullets or this update.